Vegard Nilsen was born in Gjøvik, Norway in 1966, and made his debut as an orchestra conductor with Gjøvik Symphony Orchestra in May 2013 when he replaced at a very short notice. Apart from being immediately re-engaged, this soon led to several engagements in Norway and in Belgium, a.o. Gjøvik Symphony Orchestra, Oslo Chamber Orchestra, Sinfonietta Innlandet in Norway and Metamorphoses Chamber Orchestra in Belgium. His performance of Carmina Burana in Gjøvik in October 2014 was highly acclaimed.

Apart from a vast knowledge of the standard repertoire, Nilsen has been specializing in the Nordic Symphonic repertoire, including the complete orchestra works by Sibelius, Carl Nielsen, Grieg and Gade. He made his very successful debut as an opera conductor in January 2016 with his own company Opera Opus. With his concept company OPUS he is building up pools of musicians in several European countries and will be one of the partners in two European projects for the 2018-2020 European Music Trails in Leipzig and MUSI´CASE based in Plovdiv, Bulgaria.

In August 2017, Nilsen made a great success conducting Turandot at the Festival Puccini in Torre del Lago, and back home in Norway with the Il Barbiere di Seviglia performed by his own Opera Opus and Sinfonietta Innlandet. Future plans include opera projects with Musik i Syd (Sweden), and symphony projects with Madeira Symphony Orchestra (Portugal) and Malaysian Philharmonic Orchestra.

Nilsen started out as a violinist and studied violin with prof. Arve Tellefsen at the Norwegian State Academy of Music and with Viktor Liberman and Lex Korff de Gidts at the Utrecht Conservatory, where he graduated cum laude – “with praise”. Between 1995 and 2013 he was a professor of violin and chamber music at the Royal Flemish Conservatory of Music in Antwerp, Belgium. Being an accomplished pedagogue he gave master classes in Norway, Belgium, The Netherlands, Germany, Romania, Bulgaria and Spain. A passionate chamber musician, he built up an international reputation as a violinist of The Atlantic Trio and with the Metamorphoses String Ensemble. His work as an organizer of Gjøvik Chamber Music Festival and international master classes in the Netherlands, Belgium, Germany, Romania and France has been widely recognized. 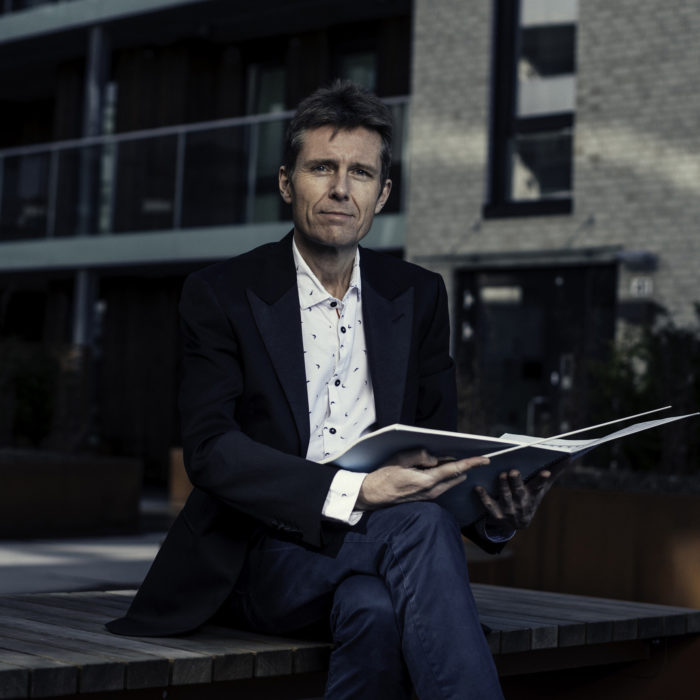